Mobile Phone Laws In The UK – Being Safe On The Road 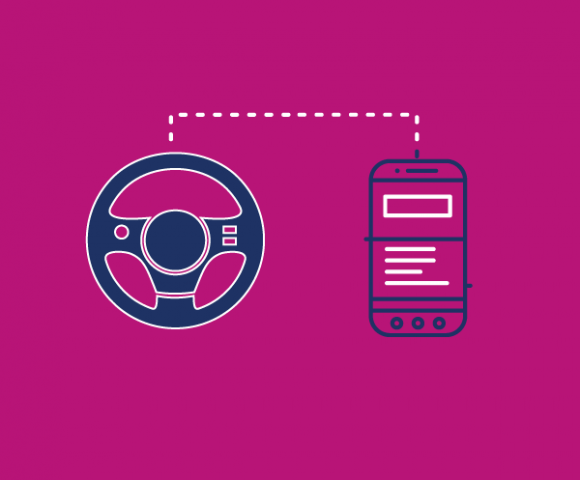 Before November 2019, the mobile phone laws in the UK only prohibited the use of mobiles for communication purposes. This focussed on operating a phone for Sat Nav purposes, as well as calls, texts and social media.

Although this legislation was first introduced in the UK in 2003, there have been many changes to these laws since they were first implemented. There have been increases in the fines and amount of penalty points since the law was first introduced, which now stands at a minimum of both a £ 200 fine and 6 penalty points. Double the original amount. If the situation is deemed a highly serious breach of the law, the Police are able to increase these fines and even disqualify a driver.

There are still calls to have the standard penalties increased even further, as many feel these punishments are not enough of a deterrent for preventing the use of mobile phones behind the wheel. With the highest amount of car accidents in the UK caused by a distracted driver, it could prove that education in the specifics of the law would make a difference in the amount of incidents on the road every day. Read more stats on car accidents in our infographic here.

Here are the main points of the law, with the latest updates announced in November 2019:

Any interaction with a mobile phone whilst driving in illegal. This includes:

Even if you’re stationary, it is illegal to use your phone if you are on the road. Checking your messages, social media or anything which requires holding your phone it is classed as use, and therefore breaks mobile phone laws. If you are caught, the same penalties will be enforced as if you were making a call whilst moving. This includes:

If you are a new driver and have held your license for less that 2 years, you could lose your license instantly from a single charge. This is due to new drivers only being allowed to receive 6 penalty points before disqualification, as opposed to 12 for drivers who have been driving longer. Qualified drivers who are supervising a learner are also restricted from using their phones on the road, as their full attention is required to assist the learner.

The only ways to currently use your phone legally in the UK whilst driving is by using a hands-free system. This could be built into your car, through a bluetooth device or a wired hands-free device. The important thing to note is ensuring that you can place and receive calls without having to touch the phone, so ensure voice dialling is enabled. Using the speakerphone does not classify as hands-free if you are still holding your phone to make the call, so don’t be caught out by this phrasing.

Some countries such as France and Spain have outlawed any hands-free systems which aren’t built in to the vehicle. This includes bluetooth headsets and earphones.

Even though there are legal ways to use your phone to make calls on the road, the only true safe way is by pulling over and parking in a safe place. With 1 in 5 motorists in the UK admitting to checking social media whilst being behind the wheel, the amount of accidents on the roads is on the rise. There have been several reports which prove that the reaction times of phone use whilst driving can be over two times slower than that of a drunk driver.

Make sure you know the law and stay safe, don’t get caught with a fine and the possibility of losing your license. This can have a highly negative impact on most people’s lives.

If you’ve been convicted of a motoring offence, get in touch with our friendly team of specialists who can advise you. You can either use our live chat system, give us a call on 01744 612549 or use our contact form.

Get in touch with us

Where to find us